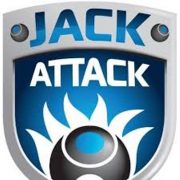 As most of you would know, we as a club, support our sponsors and the Jack Attack Competition that is hosted by the Dandenong Club is one of the ways we do. Now in its 7th season the “Mighty Angels” have been a powerhouse unit. This year we put in a second side the “Dandy Devils” led by Ryan “Walshy” Walsh, Ken “My Uncle” McKay, and a celebrity mate of Ken’s choosing every week.

Well on Wednesday night they showed up the entire competition and claimed the Division 2 title in emphatic fashion. The vocal crowd which consisted of yours truly let the team from Selandra Rise know exactly what they were up against with some spot on banter and sledging.

Well done gents , I personally thankyou for coming down and making a team for me,  and good luck when we start season 8 in a couple of weeks time.